Last week we introduced you to the new Maitai Lapita Village on Huahine. Isn’t it beautiful? Now that you’re familiar with the hotel, we’d like to introduce the resort’s conceptor, Peter Owen, in a new series we’re calling “Passionate About Polynesia.” We often meet many inspirational people that share our love for Tahiti, so we’ve decided to share their stories with you! Once you hear Peter’s, you’ll see that he’s absolutely one of those people. 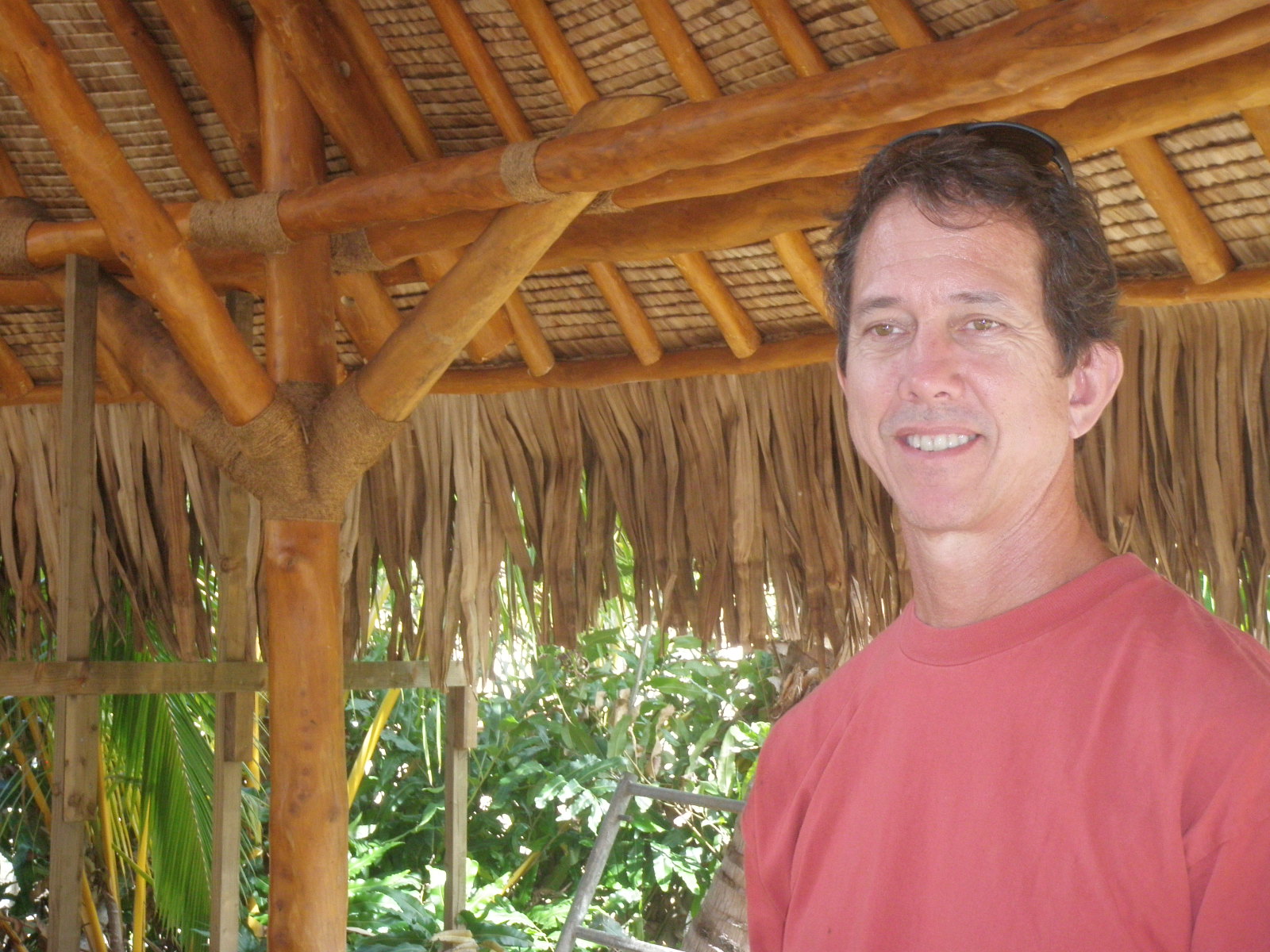 Just like the ancient Lapita people, Peter also makes his own distinctive pottery. His pieces, which are on display in the hotel lobby for guests to enjoy and purchase, are as unique as Peter’s own life story and his passion for where he lives and what he does.

Pronounced “Pita” by the locals (which is actually the Polynesian word for “pottery”), Peter is a California native who first visited Tahiti with his parents in 1970. Although he was only twelve years old, he fell in love with the islands and promised himself he’d return someday. During that time, Peter was also developing an interest in pottery. He began training with a potter at age fifteen and continued to pursue his passion until, at age nineteen, he moved to Tahiti and set up his first pottery workshop.

In 1984, after living in Tahiti for seven years, Peter and his wife at the time, a native Tahitian named Ghislaine, decided to move to the island of Huahine. Their shared dream was to live close to nature, so they built a house on a coral reef in the middle of the lagoon and Peter set up an adjacent overwater studio to continue his pottery making. Their son, Manutea, was only two years old.

Living over the water inspired Peter to start a new hobby – one that ran in the family. Ghislaine’s parents owned a pearl farm in the nearby Tuamotu Atolls and her father, Jean Tapu, was a pioneer of the Tahitian pearl industry. With his help, Peter started his own pearl farm. He initially operated out of the house, but after six years of welcoming visitors into their private home, Peter decided to move the pearl farm across the lagoon and opened it to the public.

Peter now owns and operates the only pearl farm in Huahine. We’ve personally been there and we think it’s definitely worth a visit. Once there, you’ll learn about the cultivation process, watch the staff at work, and browse the small boutique where Peter also sells his pottery. 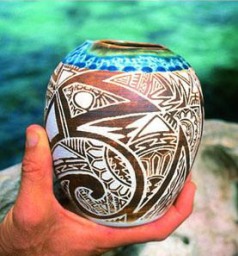 By becoming a pearl farmer, Peter not only discovered his second passion, but in fact, pearl farming has even had an influence on his pottery. While tending to the oysters, he discovered a muddy clay at the bottom of the lagoon. This clay – although unable to be shaped and fired into pots – proved to be a unique and successful glaze for his pottery. It creates a beautiful blue color and adds an interesting decorative texture to each piece. Peter’s son, Manutea, now 30 years old, works in the studio and paints each piece with the Polynesian designs you see in the photograph to the right.

As Peter will tell you, “The most important thing for me has always been to create a harmony in blending different cultures, lifestyles, and art.”  And he’s accomplished just that – rather successfully, in fact. This harmony is evident in everything he does. It only makes sense that a man like Peter would be the driving force behind the Maitai Lapita Village.

Peter still lives in Huahine with his new wife Maheata, who was also involved in the development of the hotel. When he’s not making pottery or working at his pearl farm, he’s often seen passing through the hotel grounds where he’s happy to greet guests during their stay.